10% Happier: How I Tamed the Voice in My Head, Reduced Stress Without Losing My Edge, and Found a Self-Help That Actually Works by Dan Harris

“Nightline anchor Dan Harris embarks on an unexpected, hilarious, and deeply skeptical odyssey through the strange worlds of spirituality and self-help, and discovers a way to get happier that is truly achievable.

After having a nationally televised panic attack on Good Morning America, Dan Harris knew he had to make some changes. A lifelong nonbeliever, he found himself on a bizarre adventure, involving a disgraced pastor, a mysterious self-help guru, and a gaggle of brain scientists. Eventually, Harris realized that the source of his problems was the very thing he always thought was his greatest asset: the incessant, insatiable voice in his head, which had both propelled him through the ranks of a hyper-competitive business and also led him to make the profoundly stupid decisions that provoked his on-air freak-out.

We all have a voice in our head. It’s what has us losing our temper unnecessarily, checking our email compulsively, eating when we’re not hungry, and fixating on the past and the future at the expense of the present. Most of us would assume we’re stuck with this voice that there’s nothing we can do to rein it in but Harris stumbled upon an effective way to do just that. It’s a far cry from the miracle cures peddled by the self-help swamis he met; instead, it’s something he always assumed to be either impossible or useless: meditation. After learning about research that suggests meditation can do everything from lower your blood pressure to essentially rewire your brain, Harris took a deep dive into the underreported world of CEOs, scientists, and even marines who are now using it for increased calm, focus, and happiness.

10% Happier takes listeners on a ride from the outer reaches of neuroscience to the inner sanctum of network news to the bizarre fringes of America’s spiritual scene, and leaves them with a takeaway that could actually change their lives.” -Audible

*~If you enjoy my summary, please consider buying me a coffee via my Ko-Fi link! (click the button below – no transaction fees). I appreciate every donation as it goes directly to the maintenance costs of my blog. 😊

END_OF_DOCUMENT_TOKEN_TO_BE_REPLACED

Why We Sleep by Matthew Walker book summary review and key ideas.

Why We Sleep: Unlocking the Power of Sleep and Dreams by Matthew Walker

“The first sleep book by a leading scientific expert – Professor Matthew Walker, director of UC Berkeley’s Sleep and Neuroimaging Lab – reveals his groundbreaking exploration of sleep, explaining how we can harness its transformative power to change our lives for the better.

Sleep is one of the most important but least understood aspects of our life, wellness, and longevity. Until very recently, science had no answer to the question of why we sleep, or what good it served, or why we suffer such devastating health consequences when we don’t sleep. Compared to the other basic drives in life – eating, drinking, and reproducing – the purpose of sleep remained elusive.

END_OF_DOCUMENT_TOKEN_TO_BE_REPLACED

Tips to start being healthy as a young, Asian-American adult.

We all want to be healthy. But if we’re being honest with ourselves, we really just want to look good while naked.

As a millennial, there are many things in our lives that make eating healthy and losing weight really difficult.

Top that off with being Asian and the Asian-American experience, it’s a recipe for disaster.

Here are my best tips for slimming down and losing weight as an Asian-American millennial.

END_OF_DOCUMENT_TOKEN_TO_BE_REPLACED

The Obesity Code: Unlocking the Secrets of Weight Loss by Dr. Jason Fung

“Everything you believe about how to lose weight is wrong. Weight gain and obesity are driven by hormones – in everyone – and only by understanding the effects of insulin and insulin resistance can we achieve lasting weight loss.

In this highly listenable and provocative book, Dr. Jason Fung sets out an original, robust theory of obesity that provides startling insights into proper nutrition. In addition to his five basic steps – a set of lifelong habits that will improve your health and control your insulin levels – Dr. Fung explains how to use intermittent fasting to break the cycle of insulin resistance and reach a healthy weight – for good.” -Audible

END_OF_DOCUMENT_TOKEN_TO_BE_REPLACED

The Warrior Diet: Switch on Your Biological Powerhouse for High Energy, Explosive Strength, and a Leaner, Harder Body by Ori Hofmekler

In The Warrior Diet, Ori Hofmekler looks not forward but backward for a solution – to the primal habits of early cultures such as nomads and hunter-gatherers, the Greeks, and the Romans. Based on survival science, this book proposes not ordinary dietary changes but rather a radical yet surprisingly simple lifestyle overhaul.

Drawing on both scientific studies and historical data, Hofmekler argues that robust health and a lean, strong body can best be achieved by mimicking the classical warrior mode of cycling-working and eating sparingly (undereating) during the day and filling up at night. Specific elements from the Warrior Diet Nutritional Program (finding ideal fuel foods and food combinations to reduce body fat) to the Controlled Fatigue Training Program (promoting strength, speed, and resilience to fatigue through special drills), literally reshape body and mind. Individual chapters cover warrior meals and recipes; sex drive, potency, and animal magnetism; and personalizing the diet for women.

The Warrior Diet shows listeners who are weary of fad diets how to attain enduring vigor, explosive strength, a better appearance, and increased vitality and health.

END_OF_DOCUMENT_TOKEN_TO_BE_REPLACED

How I trained myself to eat less junk food.

Thought of the Day

Key idea: training yourself to associate how you FEEL 10-15 minutes after you eat the food instead of associating the food with those feelings of instant gratification when you first take a bite.

Now, I’m not saying I don’t eat junk food nor do I hate junk food. But my cravings and desire to eat them often has decreased significantly.

Are you interested in trying this? Let me know your thoughts

Does eating healthy and working out have to be enjoyable? 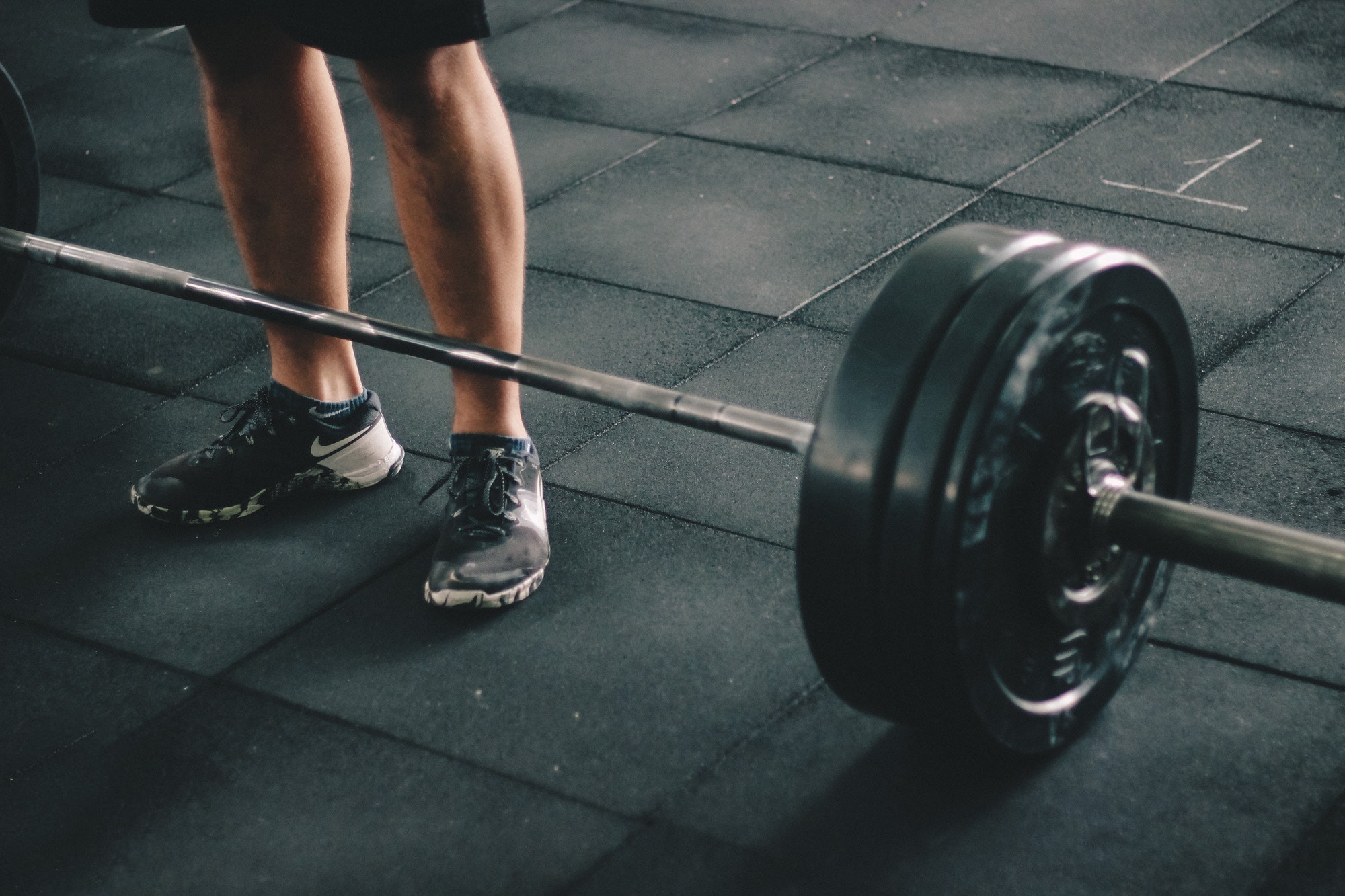 I hear people say sometimes “I only exercise when I’m doing something fun” or “I don’t eat healthy because I like to enjoy my food.”

But does exercise need to be fun? Does food always have to be enjoyable?

In my opinion, no. Let me explain.

END_OF_DOCUMENT_TOKEN_TO_BE_REPLACED

Mindless Eating: Why We Eat More Than We Think by Brian Wansink Ph.D.

Synopsis: “In this illuminating and groundbreaking new book, food psychologist Brian Wansink shows why you may not realize how much you’re eating, what you’re eating, or why you’re even eating at all.

Mindless Eating will change the way you look at food, and it will give you the facts you need to easily make smarter, healthier, more mindful, and enjoyable choices at the dinner table, in the supermarket, in restaurants, at the office, and even at a vending machine – wherever you decide to satisfy your appetite.” -Audible