The 22 Immutable Laws of Marketing book summary by Marlo Yonocruz

The 22 Immutable Laws of Marketing by Al Ries & Jack Trout 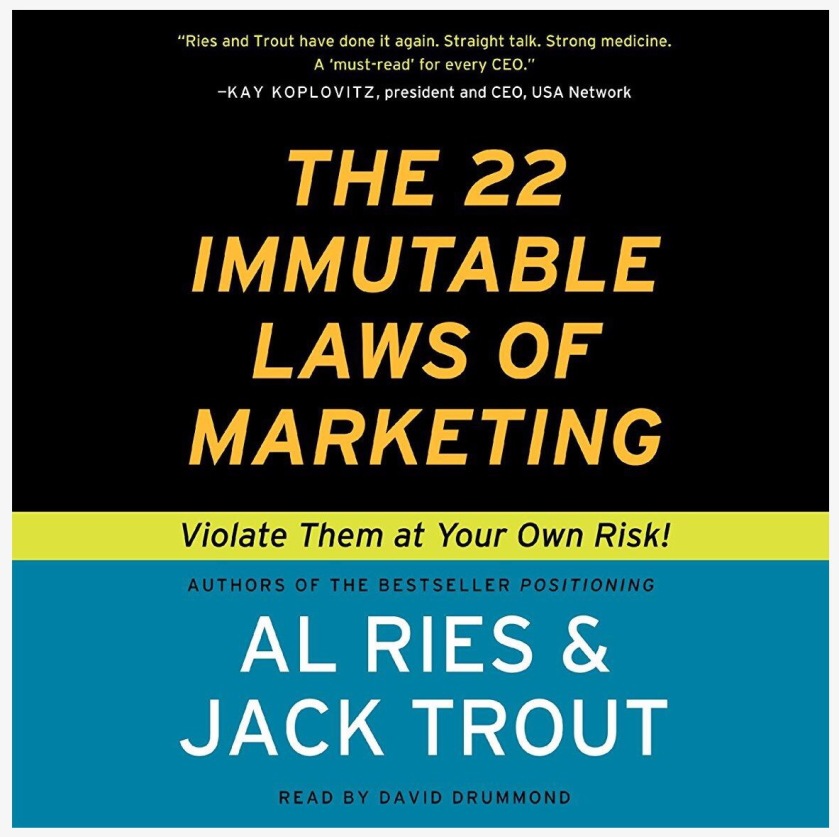 Synopsis: As Al Ries and Jack Trout – the world-renowned marketing consultants and best-selling authors of Positioning – note, you can build an impressive airplane, but it will never leave the ground if you ignore the laws of physics, especially gravity. Why then, they ask, shouldn’t there also be laws of marketing that must be followed to launch and maintain winning brands? In The 22 Immutable Laws of Marketing, Ries and Trout offer a compendium of 22 innovative rules for understanding and succeeding in the international marketplace. From the Law of Leadership, to The Law of the Category, to The Law of the Mind, these valuable insights stand the test of time and present a clear path to successful products. Violate them at your own risk.

This book was recommended by Tim Ferriss as great book that he’s applied in his own businesses and has credited to his success. Coming from someone who I see as extremely successful and whom I highly admire, this was an easy sell.

While there were some great principles, I couldn’t help but feel a bit underwhelmed. While reading about the principles, I found myself constantly putting them up against companies in the present day. While some principles made sense based on the success and failure of some companies, other principles seemed a bit lacking. Moreover, since the book is a bit dated and references older companies, half which aren’t around or no longer big competitors, it’s easy to see how they stacked up knowing the results.

Overall, I’d say there are a few key ideas here that are timeless and can be extremely powerful when used correctly. Some of the principles are obvious and feel a bit forced, like there could have just been ten principles but they needed more fluff to fill in space for the book. You could read the outline version of this book and still get most of the value.

One thought on “Book notes: The 22 Immutable Laws of Marketing by Al Ries & Jack Trout”